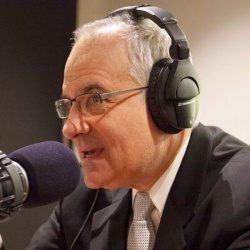 Joseph G. Scoville served for 26 years as United States Magistrate Judge for the Western District of Michigan. Before taking the bench in January of 1988, he was a partner in the law firm of Warner, Norcross & Judd in Grand Rapids. Among other cases of public importance, he successfully argued an appeal to the United States Supreme Court on an issue of federal preemption.